The upcoming Sarawak election is estimated to cost a staggering RM181mil with the Election Commission setting aside a large portion of the budget for transportation and rental costs. 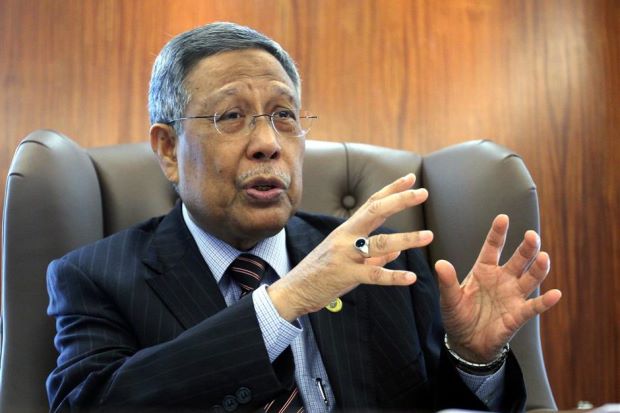 This estimation is more than double the cost of the last state election held in 2011 when the EC spent RM78mil to run the show.

Its chairman Tan Sri Abdul Aziz Mohd Yusof said with the number of constituencies now getting bigger – from 71 to 82 state seats – the commission would have to make even more preparations for the polls.

“We have to rent 38 helicopters to send the ballot boxes, papers and officers and to bring them out of the remote areas, which is only accessible via air. This alone will cost RM33.4mil.

“We still have to prepare for it even if the number of voters in a particular area is just a handful and who may not even turn up,” he told The Star.

According to estimates, the cost of transportation and rentals of 1,871 premises to be used for election purposes will be about RM87mil while allowances for returning officers and 21,000 staff is expected to reach RM40mil.

Due to the geographical condition of the state, Abdul Aziz said the EC needed different kinds of transportation to get to voters.

Apart from helicopters, he said that boats, four-wheel drives and even motorcycles needed to be rented, hence the high cost.

“This is our estimation but it depends on how much the Treasury will approve later,” he said, adding that 80% of the polls preparation was already in place.

Pundits are betting on a March election but the EC chairman is keeping any information he has on the matter close to his chest.

“We have to consider many things when we set election dates. We need to ensure the weather is fine, that there is no political or cultural celebration. We may not even do polling on Sunday since a large number of Sarawakians are Christians and Sunday is the day they go to church,” he said.

As of September 2015, there are 1.13 million registered voters in the state with Ba’Kelalan having the smallest number of voters at 7,887 while Pelawan has the most with 32,848 voters.

Abdul Aziz acknowledged the challenges in managing an election in Sarawak due to the size of the state, weak telecommunications system and a lack of a good road system but he said the EC would look for solutions to ensure polling would be smooth and that voters, no matter how remote they live, could exercise their rights.

“That is why we have to rent helicopters and speed boats. We even have to take extra precautionary measures to ensure safety of the ballot boxes that are transported via rivers.

“They will be suited up in water-proof floats. So if anything happens, the ballot boxes and papers can be saved,” he said.

Abdul Aziz will not be heading the commission to hold the Sarawak election. His term as chairman ends on Jan 24 due to the mandatory retirement at the age of 66.

“I’m glad to have helped prepare the commission for the Sarawak election, never mind if I’m not going to be around to oversee it. I will still be observing from afar. Election is an exciting time and I don’t want to miss the excitement,” he said.

Abdul Aziz, who served as EC chairman for seven years, was appointed to the post on Dec 31, 2008 to replace Tan Sri Abdul Rashid Abdul Rahman.